We kick off our legal focus with an interesting exploration of organ donations. As offbeat as this may sound, inmates in need of organ transplants are raising difficult questions that society and the corrections industry must soon face.

Do the sick have the right to be placed on a waiting list for something that can save their lives? Of course. But what if the infirmed is an inmate? What if that offender’s place on an organ donation list lessens the chance of someone who hasn’t committed a crime from receiving what they need to continue living? Finally, should society bear the burden of the offender’s costly transplant procedure? Now things get interesting.
Jim

Tell us what you think.

CONTEST ENDS NOV. 15! - Corrections heroes tell us your story!
Are you a hero? Know someone who is? Then share your stories, photos, and videos of those surprising, inspiring and awesome heroic moments and win a Nintendo Wii! The deadline has been extended to November 15, so tell us now!

Should who you are determine what you get? 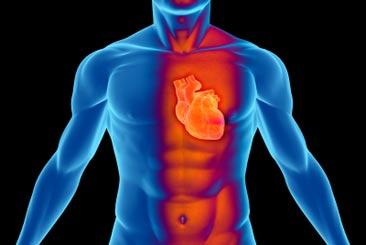 There are currently more than 98,000 people waiting for an organ donation in the United States. With so many individuals awaiting a life saving surgery, the thought of an inmate rising to the top of that list tends to strike a collective nerve among the American public. Allowing people serving time in prison access to the most complex and costly of medical procedures is a heated legal and ethical debate that is driving its way to the forefront of correctional policy issues.

“People say, ‘Why should a prisoner get a new heart when there are people in the free world who can’t?” says Dr. William Winslade, director of the Program for Legal and Ethical Issues in Correctional Health at the University of Texas Medical Branch (UTMB). Winslade and a team of researchers are about to release a lengthy report detailing why prisoners should be eligible for organ transplants. Full Story

Send us your article or story ideas.

Regarding Terrorism in corrections, a ticking time bomb, 11/7/07

I know for a fact that we have at least one inmate at my facility that is in prison for what I see as a terrorist act; the inmate killed his best friend for being an infidel. His friend joined the U.S. Military to become a translator in Iraq. I am sure we have more examples of this throughout our system not only here in Michigan, but nationally.
Officer Scott Snediker, Macomb Correctional Facility, Michigan

Till death be there justice

When it comes to an issue as deeply divisive as the death penalty, the American Bar Association (ABA) is a surprising anomaly. The legal institution, with more than 400,000 attorneys as its members, does not take a position as to whether or not the United States should utilize capital punishment. Even though the ABA doesn’t have an answer to the question of “should we or shouldn’t we?” they certainly have an opinion as to how we are handling the issue. Full story

Gang Culture: From the Inside & Out

As the nation begins to become more proactive toward suppressing criminal street gangs, it is important to understand that street gangs within the New York, New Jersey and Pennsylvania region first emerged within the steel and concrete jungles of correctional facilities. The Almighty Latin King & Queen Nation, (ALKQN), originated in 1986 by Luis “King Blood” Felipe within New York’s Collins Correctional Facility. Full story

A taste of the Kiwi spirit

There are many things Americans might not know about New Zealand, like the fact that it was the last landmass on the planet to be discovered, or that it was first country in the world to grant women the right to vote, or even that the country’s inhabitants proudly refer to themselves as Kiwis, after the flightless bird with hair-like feathers native only to New Zealand. As rare as this knowledge may be in the United States, it’s probably rarer still to find an American with an understanding of how the New Zealand corrections system operates. Full story

BINJ Laboratories, Inc. is an innovative technology company that specializes in cell phone and signal detection, defense electronics, and corrections and public safety communications. Led by three electronic warfare engineers with over 100 years in system engineering experience, BINJ Labs has developed a first-of-its-kind, wireless Cell Phone Detection System under the direction of corrections technologists from the Federal Bureau of Prison, New York, Pennsylvania, and Massachusetts Department of Corrections. Learn more.

Bob Barker Company recently announced the appointment of Greta Roach to the role of marketing manager. Greta will be responsible for developing marketing strategies and executing the production of the company’s extensive product catalog. More

Date: 12/4 - 12/5/07
This program has been designed to provide participants with the latest info on critical incident stress management techniques and post-trauma syndromes. More

Date: 12/10/07
This course addresses the dynamics of a public safety career. We enter as idealistic and committed employees and along the way have to find ways to avoid becoming cynical, angry and self destructive. More