Last week, corrections veterans Gene Atherton and Jason Heaton discussed how being receptive to new and creative ideas, and being able to successfully manage and coach staff challenges are integral to successful leadership. This week, in part two, they emphasize how much a leader’s ability, or inability, to be sensitive, to listen, and to maintain an upbeat attitude can impact a team.
Jim

Tell us what you think.

By Jason Heaton and Gene Atherton 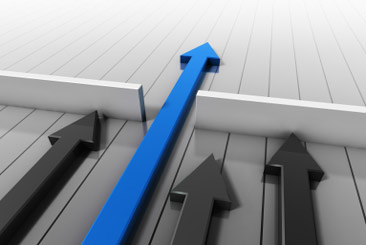 Most organizations spend a great deal of time and expense in the development and preparation of leaders. Not only is it morally wrong, but it makes bad economic sense to have high performance, “pacesetting" leaders when they are not likely to provide quality services over the long term. Leaders need to see their best, long term performance only possible through a balanced life of work and over all personal health.

Every successful leader is a good listener. When combined with the open ended questions described in Appreciative Inquiry, it is the single most valuable leadership characteristic we know.

Send us your article or story idea.

I found part one of the article extremely interesting. In detailing the aspect of humanity being “ignored,” the authors solidify the concept of the followers’ view of leaders as being inhuman or superhuman. This view is grounded in the perceptual reality of the viewer.

The authors label the leader as the responsible party for knowing “things that work,” and present these “things,” within the context of a “personal agenda.”

While I believe personalizing the safety, security, and control aspects of the correctional environment is required in order to be an effective leader within corrections, it is more necessary for a correctional leader to know those persons within the organization that have the same view of how change can best be accomplished.
Jon A. Eichelberg, Substance Abuse Counselor
Therapeutic Community, Westville Correctional Facility, IN

The use of force as it pertains to corrections and law enforcement is a cloudy and, unfortunately, not well defined animal. More

Lurking beneath the surface

Ah! It could not have been more perfect. Without a doubt that was the best cappuccino I have ever had. The texture, the taste, the aroma, it was all optimal. More

According to the United States Marshals Service (USMS), tens of thousands of fugitives are present in every major city across the U.S. These wanted suspects often live out of the mainstream by hiding their identity and committing further criminal acts to support themselves, but there is a safe alternative to this desperate lifestyle. More

Med101store.com, a leading supplier of disposable medical supplies, sells directly from the warehouse to health care departments and prisons in 48 states. It’s an unprecedented move that promises to impact the way medical supplies are purchased in this country.

“With the Internet, a lot of manufacturers like Dell computers have already successfully eliminated the middle man to save the customer money,” says Joe Giovinco, President of Med 101, “now we are the first to do it for medical supplies.” Learn more.

DuPont, the maker of Kevlar® and a leader in protective apparel for nearly 40 years, has introduced a new garment for corrections officers, DuPont™ Tychem® QC for Corrections. More

Date: 10/13 - 10/17/07
Reap the Rewards Besides attending the dozens of concurrent sessions, be sure to take advantage of all that the National Conference has to offer: Preconference seminars, including in-depth review of the NCCHC prison, jail and juvenile standards...More

Medicine in the Face of Addiction

Date: 10/14 - 10/15/07
According to a 2006 Bureau of Justice Statistics study, 74% of state prisoners and 76% of jail inmates were dependent on or abusing drugs or alcohol. Thus correctional physicians must remain up-to-date on treatment advances to treat patients with drug addiction problems. More