Tracy Barnhart continues his discussion on surviving hostage situations by explaining what to do when these dangerous scenarios evolve into the waiting and negotiation and release/rescue stages.
Jim

When the “never happens” happens to you, Part II 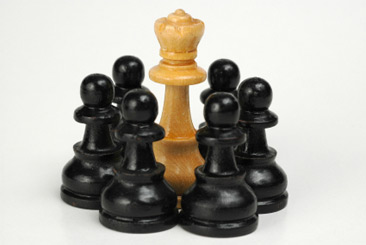 Capture entails overwhelming, mind-numbing fear. Uncertainty and apprehension are therefore prevalent in the daily routine of capture. The stressors associated with capture are a mixture of internal and external.

Internal: Internal stressors are usually self induced and are the most corrosive to morale. They stem from fear and the induced feelings of failure; lack of needed direction or purpose; worry for yourself, friends and family; intense guilt; mistrust of the captors and possibly other hostages; mind crashing boredom; loneliness; and the perceived need for a constant alertness.

External: External pressure happens when inmate captors attempt to dominate and disorientate their victims and make them dependant upon them by removing control and knowledge of what is happening. Enforced idleness and confinement in cramped, unsanitary conditions in an atmosphere of ruthlessness and unaccustomed discipline are likely, and so is a poor diet and probable starvation. You may be subject to sensory deprivation and lack of sleep and rest. You may be moved frequently within the captive setting to confuse would be rescuers. More

Have an article or story idea? Send them to editor@corrections.com.

We are currently looking for stories about what you do on your off time. Tell us about your favortie and unique hobbies and activities. We'll post them in August for our focus issue - Off the Clock - What practitioners do in their leisure time. Send your stories to editor@corrections.com

Regarding When the “never happens” happens to you, Part I, 7/18/07
In general the article has some good information, however I have to disagree with a couple of points: Most hostage incidents in correctional settings are opportunistic rather than planned (Attica was an opportunistic take-over); I would not suggest that staff show personal pictures to their captors since there are likely to be psychopaths leading or participating in the take-over and they will use such photos in an abusive manner; Rape is also applicable to male officers.

Also, the greatest fear of a hostage, as found by the Rand Corporation in a study for the US Intelligence Agency, was related to the survival of their family if they die - This issue may cause them to act recklessly to gain their freedom - After family is personal harm or death. Finally, I would not call inmates by first names since this may be viewed as disrespectful since they are not allowed to do that with officers - disrespecting captors is dangerous.
JM

Regarding Santisima Muerte: Patron saint of security threat groups, 7/4/07
I read with great interest this article on STG's by Mr Tony Kail. It gives a whole new dimension to STG's. I was not familiar with this group but certainly would like to learn more about it.
Deloris Glymph, SC DOC

Regarding Check it at the gate, avoid the burnout, 6/13/07
I really enjoyed reading your article. I cannot tell you how many times I have seen COs come in with a burst of enthusiasm and after about six months they are totally different people. I am an Assistant Director in a corrections training academy, and I can easily relate to this article.

I started working in corrections about seven years ago as a female CO in a 1,200-bed facility for men; I came out of the academy already having to prove myself showing my co-workers that I was able to handle working in this type of environment, where the majority of the employees are men. The part in the article about changing after time caused a lot of problems in my marriage and after working at the facility a little over three years my marriage of 18 years was over.

I then married a police officer but after two years the ended. I have been divorced for about a year and am still in the corrections field, and I finally got it. I worked so hard to get where I am today and forgot a lot of times what was really important in life, and am finally enjoying my family a little more.

At my next corrections academy I plan on touching on this subject a little and hopefully, I can give the officers a heads up on what is really important in life. We all know as well that there are many other factors that play major roles in our hectic careers, but you really hit the nail on the head with this article. Thank you for writing about something so crucial in our profession that goes unspoken.
NP, Assistant Director of Corrections Training Academy

CERT to the rescue

Today’s technology provides corrections professionals with safe and innovative methods to control an inmate’s violent behavior. Specialized units in a correctional facility, when deployed by properly trained personnel, can reduce officer and inmate injuries and reduce an agency’s reduce liability. Proper policies, training and deployment are paramount to a successful correctional emergency response team, or CERT, program inside and outside of your facilities. More

Any article of this nature, must begin by acknowledging that no article, or book for that matter, is all encompassing when it comes to detecting deception in human beings. The human brain is so complex, there’s no way to contain its vastness on the written page. After having conducted several hundred criminal interviews and interrogations, however, we would like to recount some of the more common deceptive indicators we have seen over the years. While not an exhaustive list, these verbal and non-verbal signs of deception are more common than some of the others we’ve seen. More

In any good courtroom drama, the stakes are high and the closing statements can be heart pounding. Attorney Bryan Stevenson arrived on such a stage when a lawsuit brought by eight death row inmates against Alabama’s governor and Department of Corrections reached the U.S. Supreme Court. But instead of courtroom fireworks, the inmates Stevenson represented were never heard. More

BINJ Laboratories, Inc. is an innovative technology company that specializes in cell phone and signal detection, defense electronics, and corrections and public safety communications. Led by three electronic warfare engineers with over 100 years in system engineering experience, BINJ Labs has developed a first-of-its-kind, wireless Cell Phone Detection System under the direction of corrections technologists from the Federal Bureau of Prison, New York, Pennsylvania, and Massachusetts Department of Corrections. Learn more.

Med 101 Allows Medical Staff To Buy Direct and Save 40%

Last December Med101store.com opened its doors and began selling disposable medical supplies direct from the warehouse, an unprecedented move that promises to impact the way medical supplies are purchased in this country. More

Date: 8/10 - 8/15/07
A valuable opportunity for all corrections professionals, in both treatment and security. More

Date: 8/20 - 8/24/07
This training will provide the participant the knowledge of proper planning methods and techniques for conducting a successful foot, vehicle and stationary surveillance operation in an urban setting. More

"Freedom is not worth having if it does not include the freedom to make mistakes."
- Mahatma Gandhi